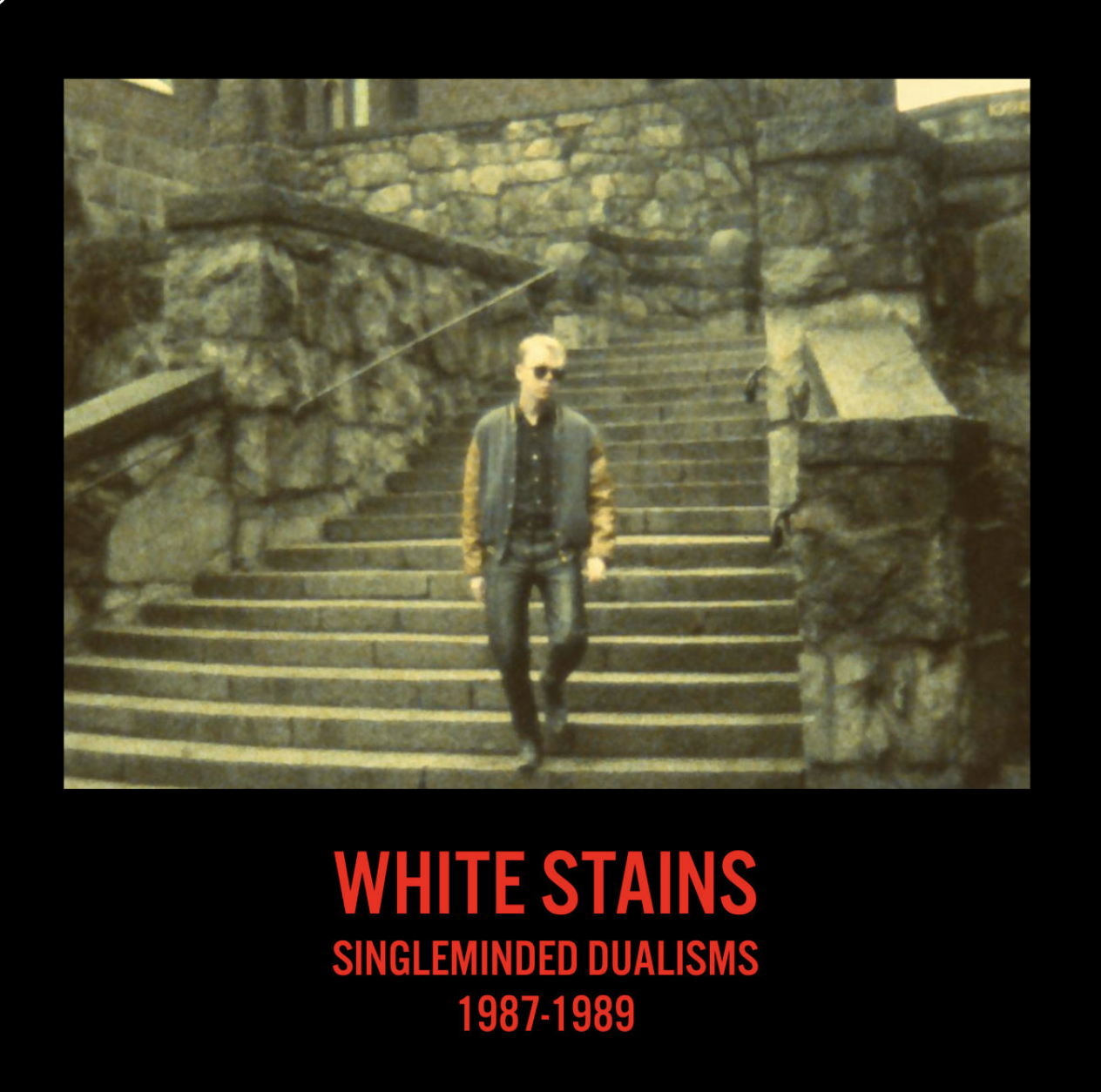 This album anthologises all the White Stains vinyl singles on 7” and 12”, plus the 1988 compilation track “It’s Yours If You Want it.” This era White Stains grew out of the more psychedelic side of the Swedish garage scene at the time, but soon developed into presenting a more modern sound and even heavy electronic experiments, ambient spoken word projects, and film music etc. White Stains were formed by Carl Abrahamsson and Jan Ekman in 1987, and this album contains all the music made and released by them 1987-1989. “The Energy” and “Phase of Madness” were recorded by Abrahamsson and Ekman alone, whereas “Sweet Jayne”, “Here To Do”, “Express Your Desire”, “Death At Hand” and “It’s Yours If You Want It” were recorded with a full-on rock’n’roll band. “The Awareness”, “My Hallucination”, “The Result” and “Ov Like Mind” integrated the forces of ex-Lustans Lakejer bass player Peter Bergstrandh and Thomas Tibert, both important people in the coming phases of White Stains.