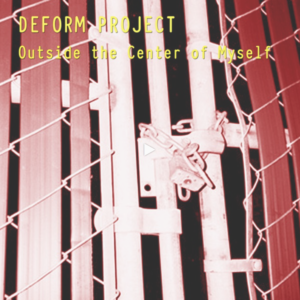 Deform Project: Outside The Center Of Myself

This album was originally released on CD together with the art fanzine BULT in the year 2000, in a limited edition of 300 numbered copies. The music was made by White Stains and Cotton Ferox member Carl Abrahamsson for his own art fanzine endeavor BULT. The album was mixed by Krister Linder, who at the time worked together with Cotton Ferox both in the studio and live on some occasions. As with much of Abrahamsson’s solo recordings, this album is considerably darker and more morose than the collaborations with Thomas Tibert (and others).