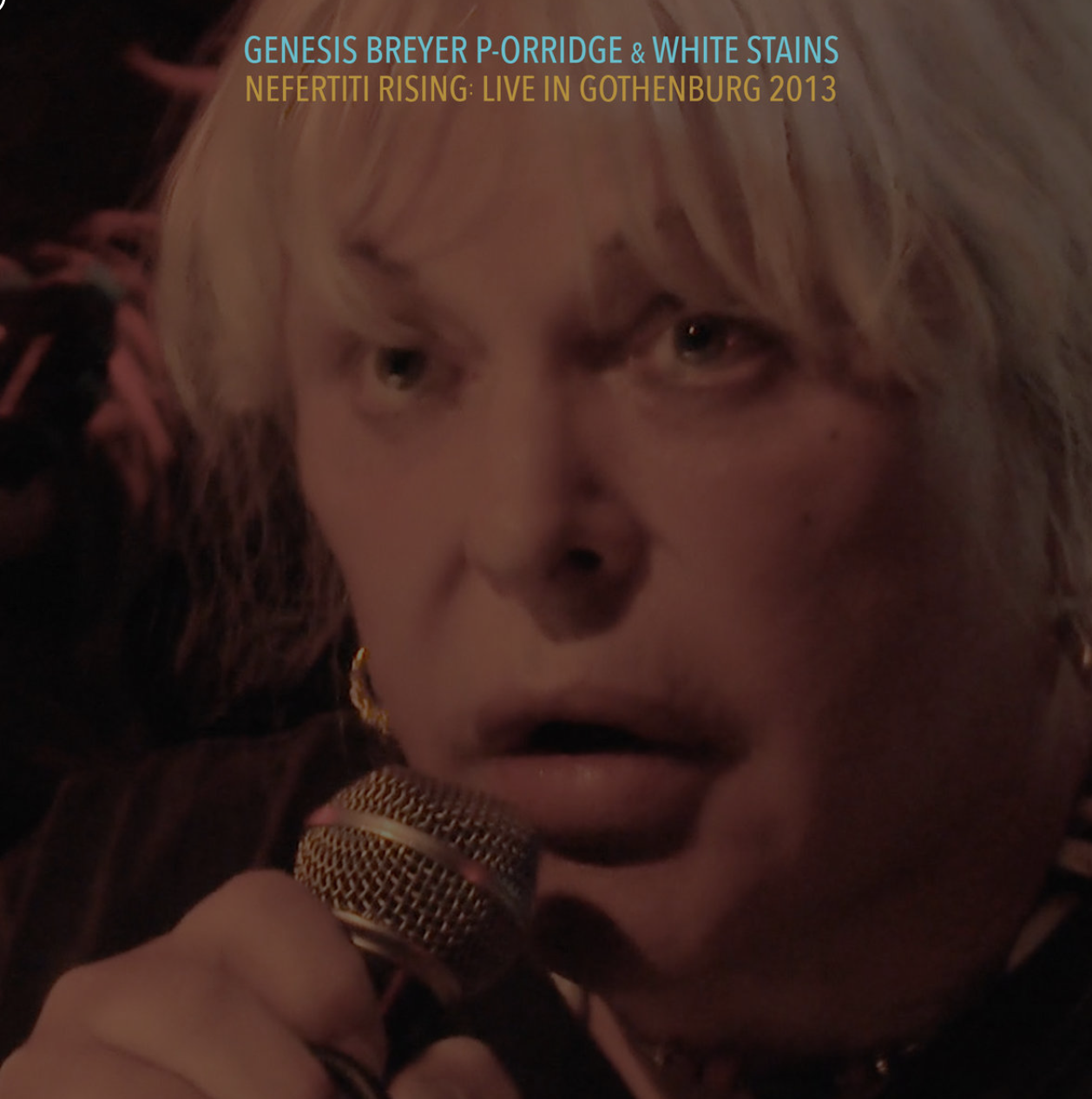 On June 29th 2013, Genesis Breyer P-Orridge teamed up with old friends and creative White Stains partners Carl Abrahamsson and Thomas Tibert for a one off gig in Gothenburg, Sweden, at the well-renowned jazz club Nefertiti. In many ways celebrating their first creative collaboration – the Genesis P-Orridge and White Stains album “At Stockholm” (1990) – this particular evening was called “At Gothenburg.” White Stains were also backed up by ace guitarist Eriq Olin, which added to the improvisational flavour of the evening. To further tie in with the era of “At Stockholm,” Carl Abrahamsson began the evening by reciting the lyrics from the three White Stains “93” singles before Maestro P-Orridge entered the stage. And as an encore, White Stains performed a version of their trippy “Underworld Initiation” (from the album “This Infernal Love of Life,” 1989). In all, it was an evening that touched everyone present to the core. A performance filled with the magic of P-Orridge’s poetry and the cosmic sounds of White Stains. Nefertiti Rising!