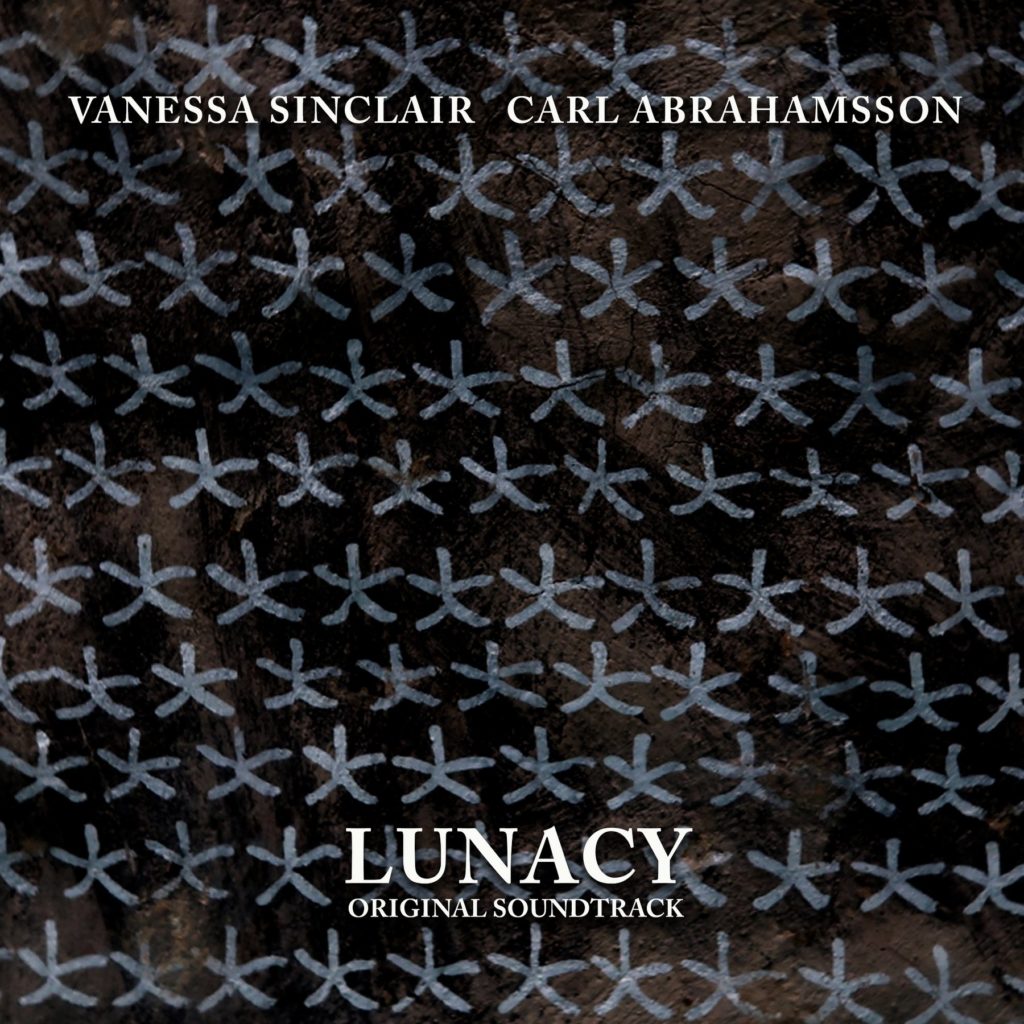 LUNACY is the moon-romantic follow-up to Carl Abrahamsson’s film SUB UMBRA ALARUM LUNA from 2016. Where SUB UMBRA was a specific honouring of Derek Jarman’s IN THE SHADOW OF THE SUN (1975, with music by Throbbing Gristle 1980), LUNACY journeys deeper into the lunar energies specifically inspiring witchcraft. Vanessa Sinclair began by creating cut-ups of Abrahamsson’s writing about the moon, then made audio recordings of these, which Abrahamsson set to music, eventually becoming the soundtrack for the film LUNACY. The creative couple constructed a declaration of love for the moon as a timeless source of inspiration for poetry, beauty, witchcraft and other essential facets of life. This soundtrack (and film) is a psychedelic trip to the moon and back, praising lunar forces and witches from all times and spaces. LUNACY acts as a conductor to emotional transcendence and illumination rather than to scientific analysis. The moon is always there in various degrees of visibility to the human eye, but the power of Hecate and other lunar celebrities remains constant. It’s the only fact that’s relevant in the greater human scheme of things. Words by Vanessa Sinclair. Music & Film by Carl Abrahamsson.

See LUNACY the film on DVD or via Vimeo on Demand.