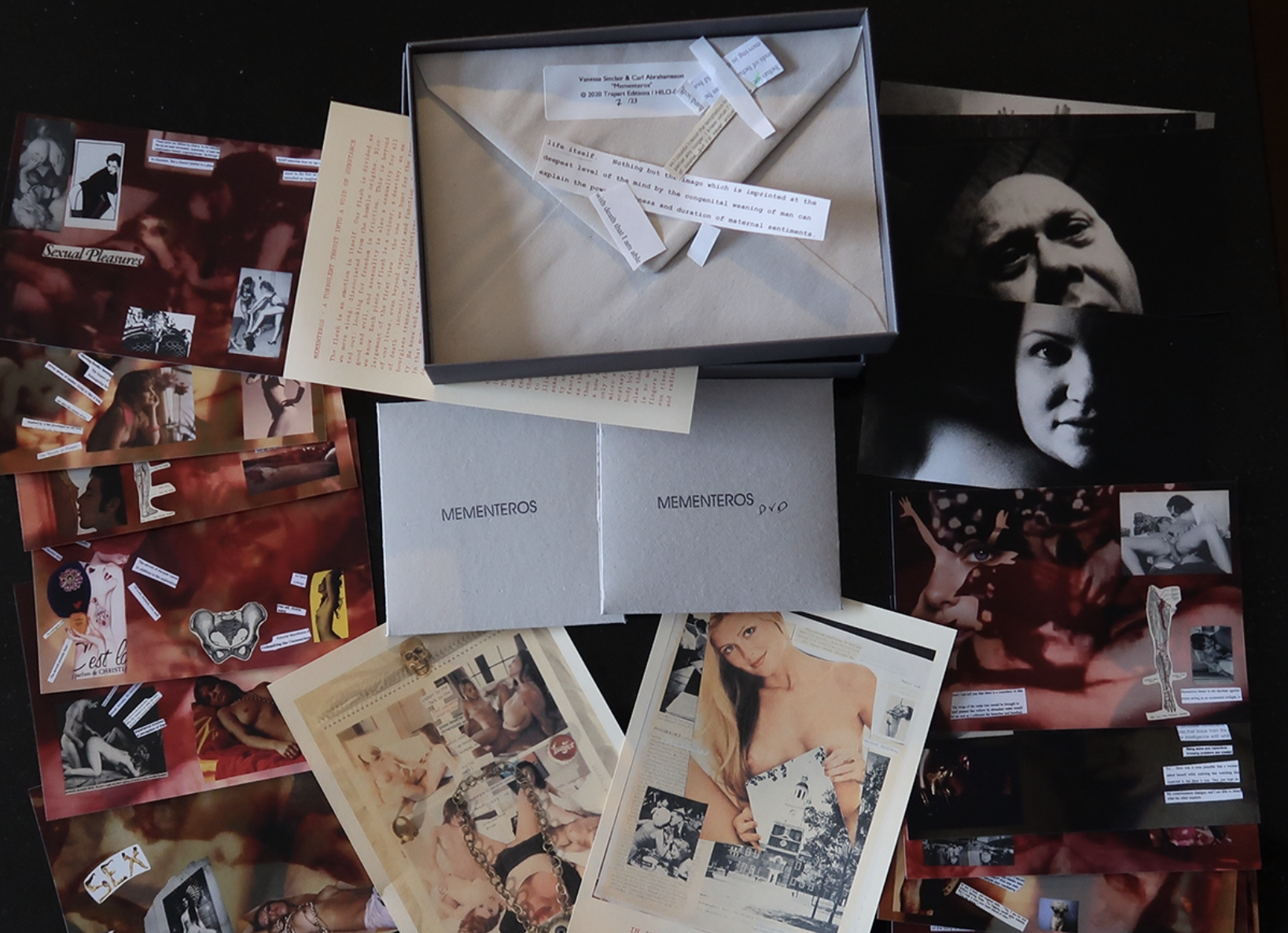 Mementeros
A turbulent thrust into a void of substance

Last year saw the release of the Sinclair & Abrahamsson film “Mementeros – A turbulent thrust into a void of substance.” It’s a mind-bending super 8 extravaganza into a world of deep eroticism, transcending time and space and evoking all your innermost secret fantasies. Mixing vintage super 8 footage with newly shot material, the film brings a psycho-sexual impact that paralyses the rational mind and opens the floodgates of libido-drenched impulses. One considerable part of the overall “Mementeros” effect is the merging of the cut-ups of Vanessa Sinclair and the music of Carl Abrahamsson. Now their soundtrack is finally released on CD in an edition made in collaboration between Highbrow Lowlife and Trapart Editions, strictly limited to 23 copies.

The signed standard edition consists of a CD with the soundtrack, an information sheet, two reproduced collages, and four photographs of the artists. Numbers 8-23.

Please note: some of the original cut-up-collages for the Swiss exhibition are still available from Trapart Editions.

Please also note: this soundtrack will not be made available on any streaming or digital sales service. It will only available in this CD edition.

You may view the film online at Vimeo on Demand. 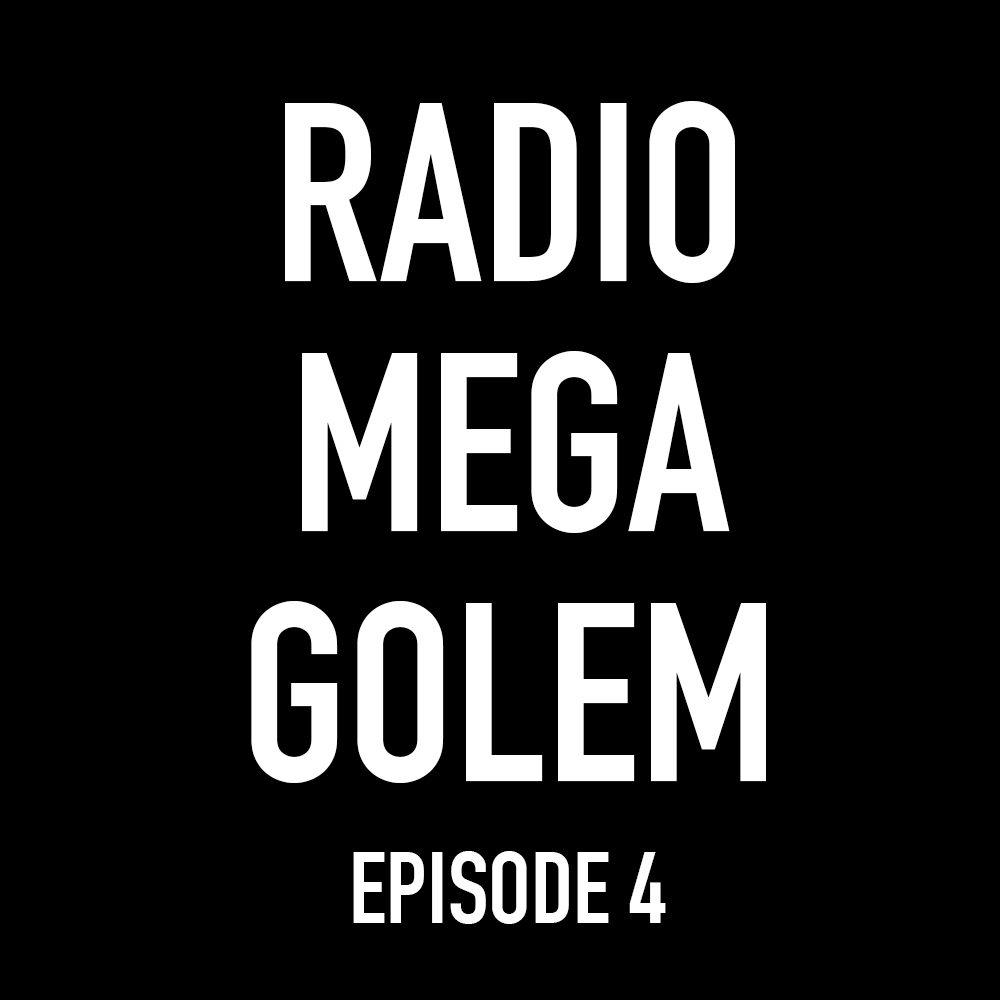 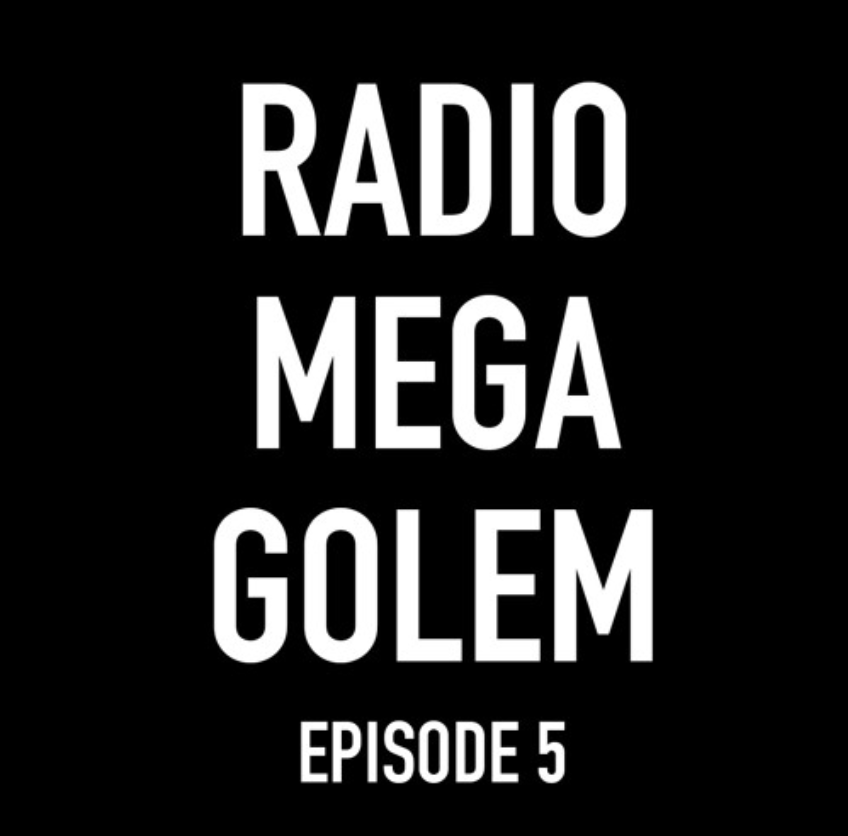 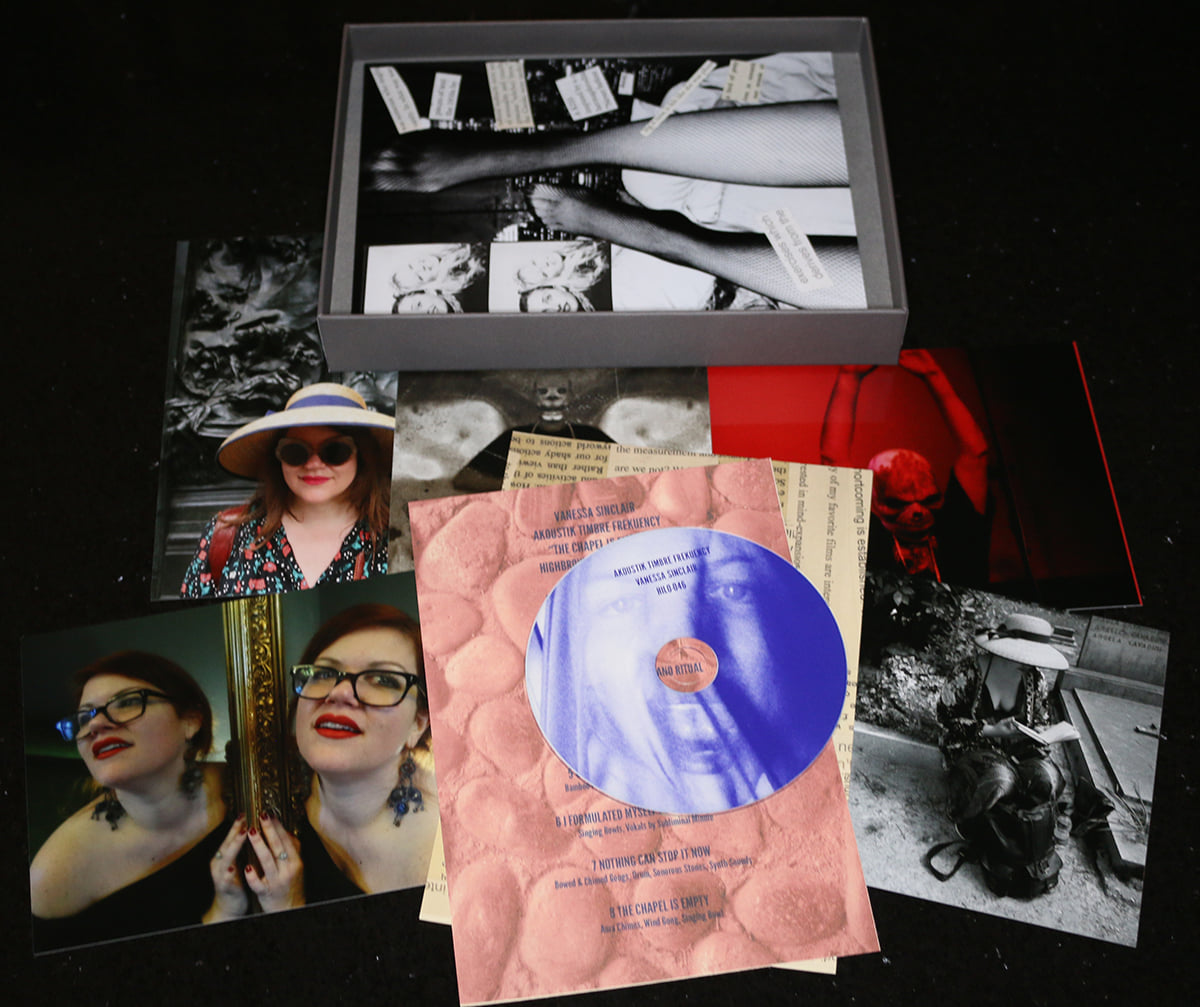 The Chapel is Empty is here!